Our train program has been donated 2 Bachman, Christmas 4-6-0’s, one with Christmas lights along the side of the locomotive boiler and along the side of the tender and in addition two complete Christmas trains. One locomotives was part of a Northern Lights set at one time. When they arrived, they were dirty, there were parts missing and they practically didn’t run at all. Both locomotives were such good-looking locomotives that we chose as a program to completely refurbish them to as close to new condition as we could get. With the amount of kids that we allow to operate the trains each year, we knew these locomotives would be fantastic. Both locomotives have now been completely refurbished as in the photographs and look fantastic but there is still one identical part missing on each locomotive that I have been trying to find unsuccessfully. I do want you to know that we have tried contacting Bachmann Trains but they said it is very rare for them to have these parts in stock and when they do, they sell out within a day or two. I have been continually searching Ebay for the past couple of months and have had no luck there either. I have found some parts locomotives but none of them are Christmas engines with the number 12, number plate on the front of the smokebox door and the Baldwin Locomotive Works name circling the plate. Besides all that, we really can’t put out the money for a full locomotive when all we need is a $2 number 12, number plate for each locomotive, since both locomotives are number 12.

Maybe somebody out there has that experience or knows how to do that and would be willing to help change the number. It would of course be easier if we could find the correct number plate. Maybe some of you might have a number 12, number plate that you’re willing to part with and we could do a trade for the 869 or purchase the number 12 outright that you may have, if you have no more use for it.

Please let me know if anybody out there has any ideas. Since our program professionally represents Bachman and a lot of other train companies at public events, all of our locomotives/cars must have all original parts or at least come as close as we can to accuracy.

Appreciate any ideas. Thank you from all of us at; 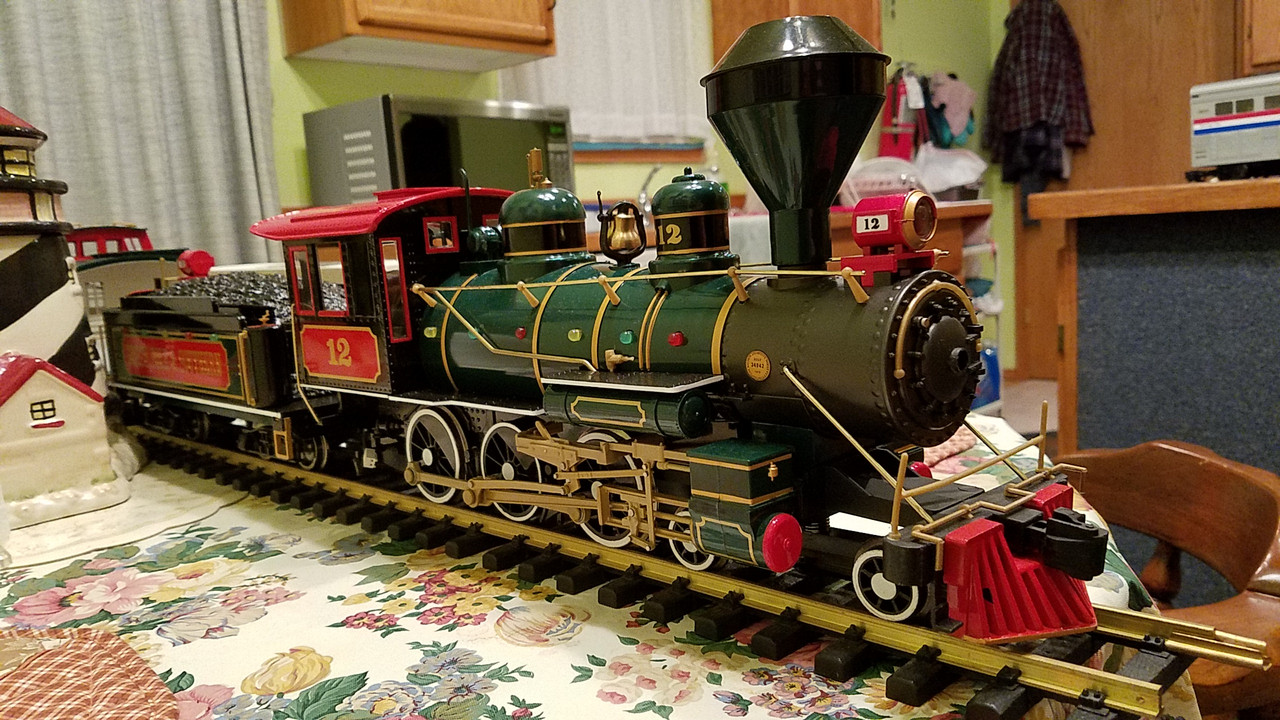 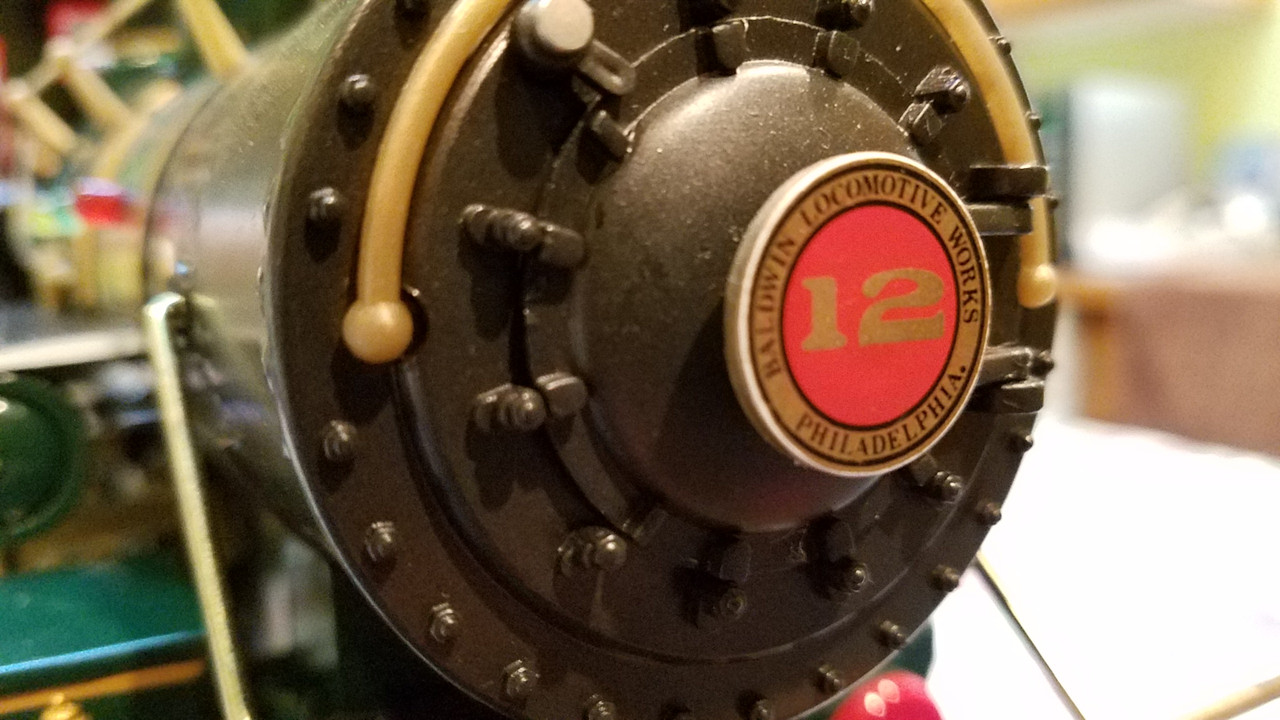 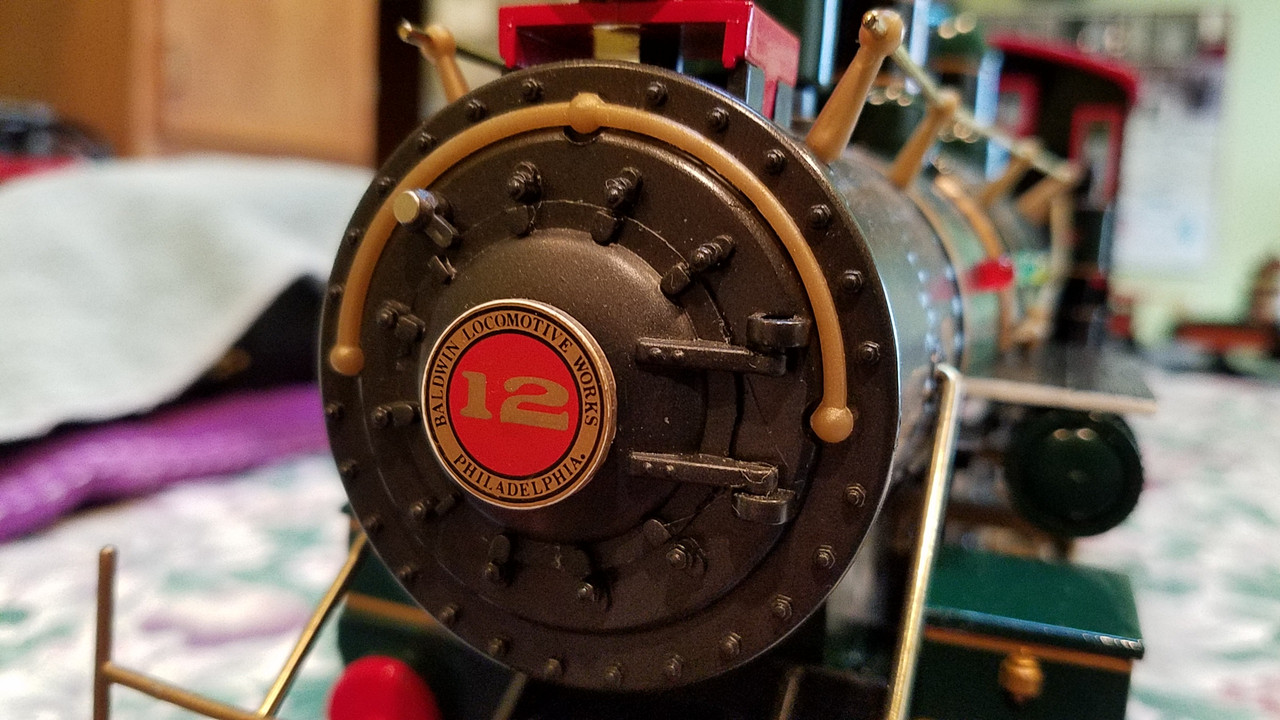 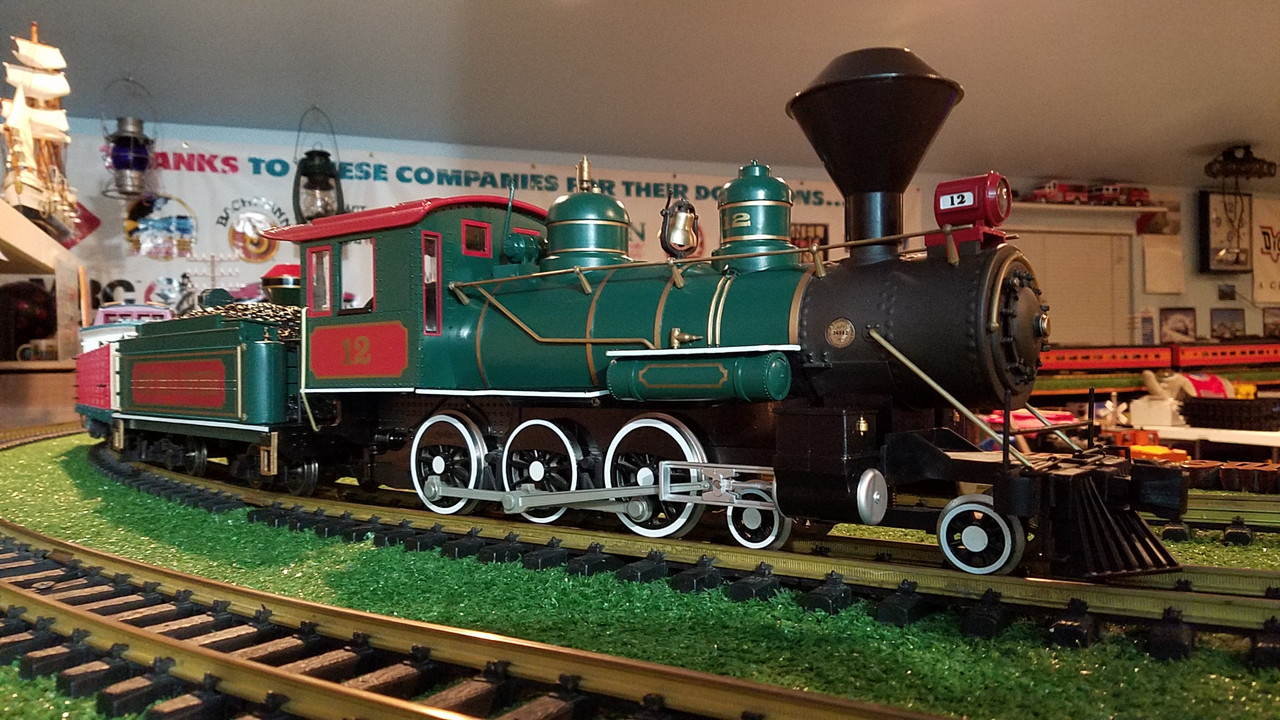 I would look to Ozark miniatures and Trackside Details for replacements. they will have more detail than the Bachman one, but the Bachman ones are pretty plain. understand your desire to keep original, but obviously the part will not likely become avalible. Pete, I’ll send you a message.

Thank you Al, I’ll see if Pete has it here first. I’ll keep that in mind though!

I found and ordered it. Thanks Pete! Ken

I found and ordered it. Thanks Pete! Ken

Great. (http://www.largescalecentral.com/externals/tinymce/plugins/emoticons/img/smiley-embarassed.gif)I checked my bits box and I have a Bachmann #5 from some obscure 4-6-0. The only FEBT tie tacs I have are #5,6,7.

What would you like for that in addition to the two I ordered? I do have an old number 5 logging engine that was custom built by a gentleman in Piedmont, California about 16 years ago but I am refurbishing now. It has never had the number plate on the front, so that may work out great. What do you think you’d want for it?

Has anyone suggested a simple solution ?

Just change the number on the number plate with a number produced by a label maker, then cut to fit. You can get tapes for a label maker in just about any size, and colour…easy peassy !!...just do it and problem solved…

Great suggestion, except I don’t own a label maker.

Pete’s idea of raised letter number plates turned out to be the best for the money, however it sounds like having a label maker around would be a good idea, so I’ll search one out on my next downtown trip. Great idea! Thanks!

The newer label makers have the port for using your PC for fonts and sizes and your word processor!! The one I have took me 2 years to use up the cartridge.

Friends of the East Broad Top had the raised letter version of the # 12 as Pete mentioned at $8.50 (I purchased 2) but I think it would be a good investment to purchase a label maker for down the road. Sounds like a good tool to have.

Thanks for the suggestion, Fred, Dan.

Al, Thanks for your suggestion as well, I am also looking at Ozark for another repair project.

Pete, As mentioned, I picked up 2 from FEBT. Thanks!

I’m not so sure. As you don’t have even the circular disk, getting a #12 printed isn’t going to give you a ring saying “BALDWIN LOCOMOTIVE WORKS”. You might be better off, if you want a flat plate, taking my photo of the FEBT plate and printing it the correct size on a sticky label!

I’ve had both the Trackside Details and Ozark Miniatures smokebox plates. Neither are as pretty as the FEBT ones! TD offers a blank plate with the raised peripheral lettering and gives you a sprue of brass numbers - they may have indiviual number plates too. Ozarks are cast white metal.

Thanks for all your help!

Here are photos of both locomotives finally completed with, Friends Of The East Broad Top number 12 number plate, ready for kids to run at events. 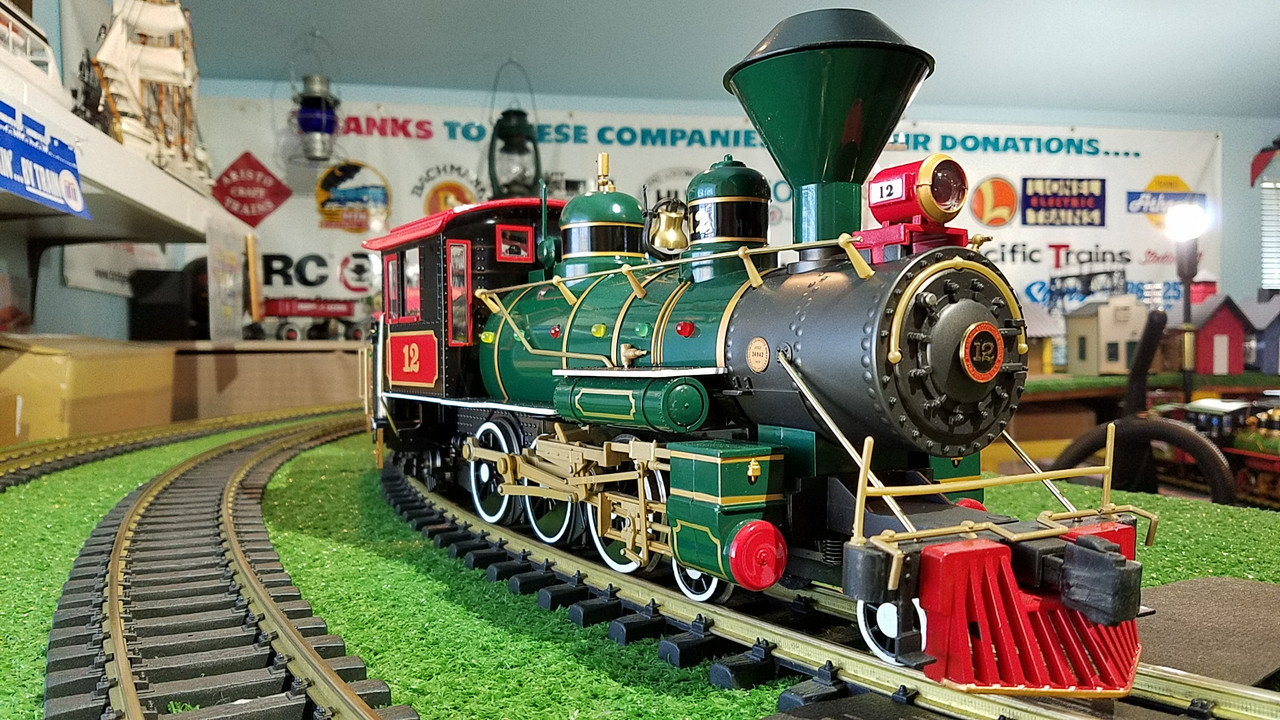 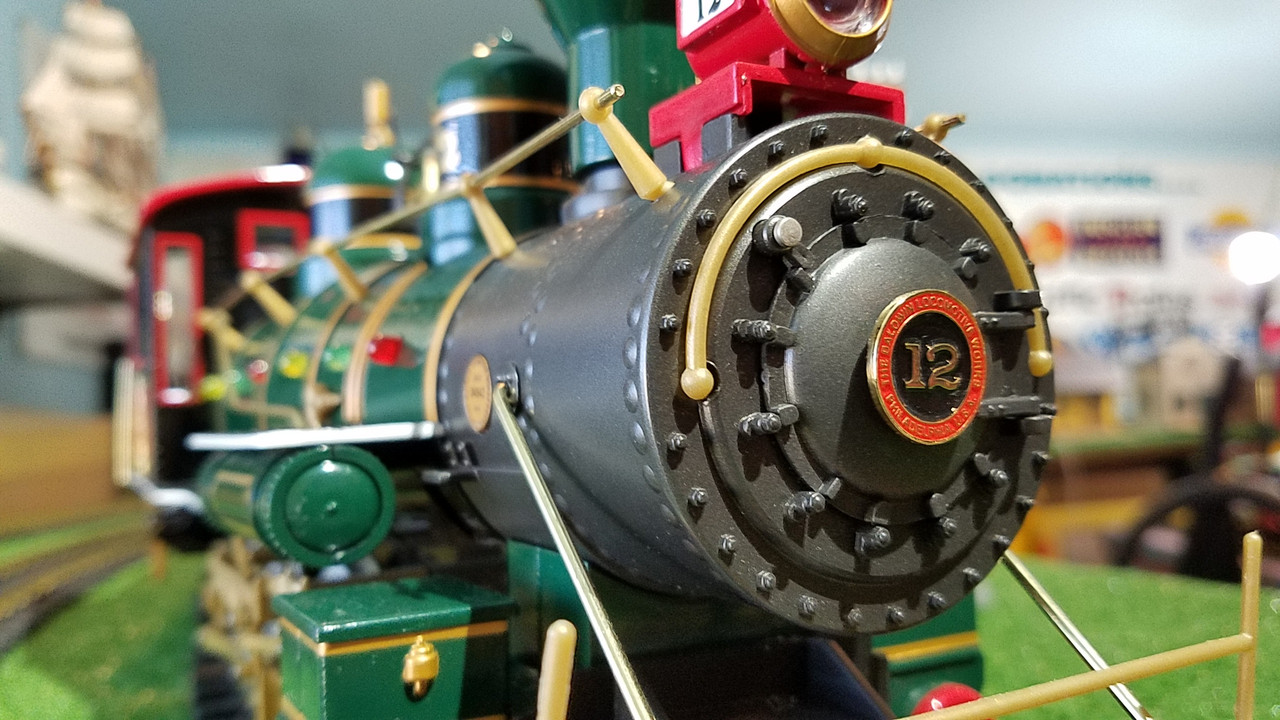 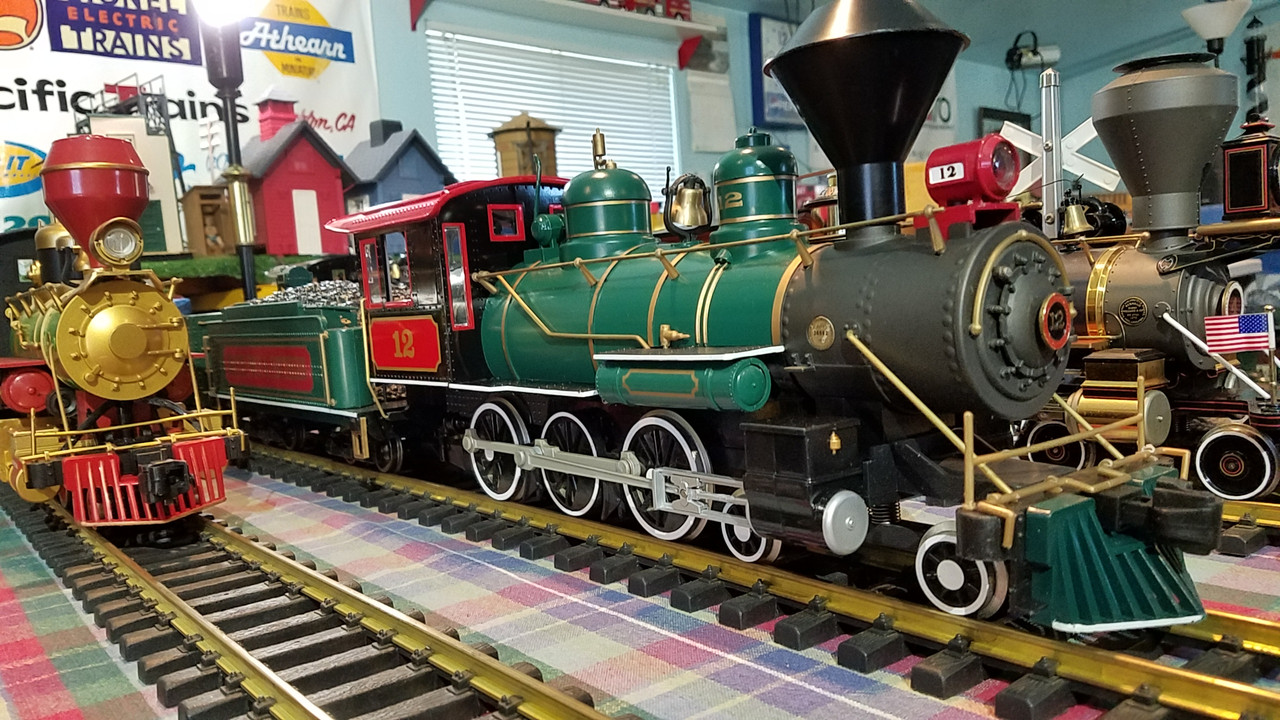 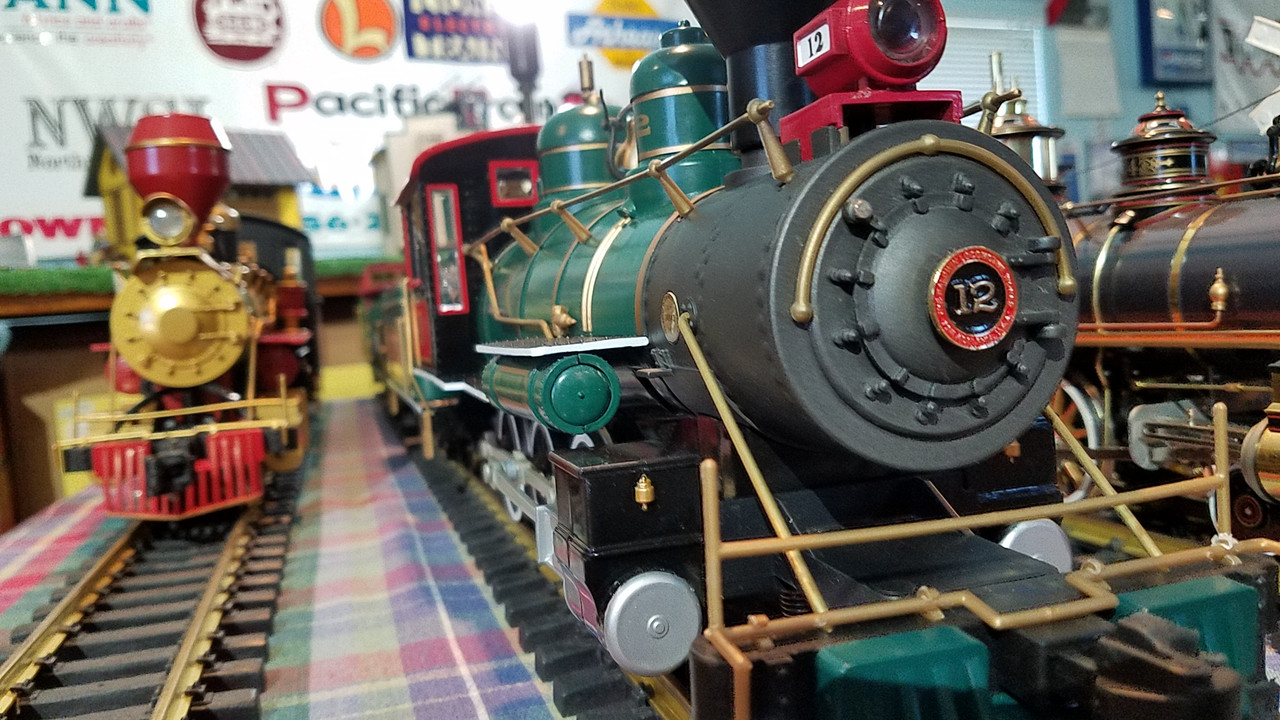