I recently purchased this Hartland Locomotive Works 2-4-4 (Disneyland Railroad) locomotive for my train program. I didn’t realize when I purchased it that the frame appears to be warped. From the center of the cab on the engineers side to the back of the cow catcher there is a 2.19 millimeter drop to the front and a 1.71 millimeter drop on the fireman’s side, center of cab to the front, behind the cow catcher. This causes the cow catcher to ride the rails and catch a lot more than cows. As a matter of fact, it catches on everything including switches. Also, the cab and boiler do not mate properly on the top as seen in the photos. I do not believe that the locomotive got too hot because no other parts are damaged by heat and the previous owner kept it on a shelf out of the sun, or so I was told by the store that sold it to me. The locomotive has 0 run time and I have already taken it completely apart twice to see if I could get it reassembled properly to no avail. Part of the problem is that there are no screw posts at the back of the boiler/front of cab to join them together or mount the boiler to the frame from under the chassis near the cab and no way to put a tab on both due to an open area inside both parts. My problem now is a fear of taking it apart again because some of the screw holes are stripped now. I reassembled it and cleaned, greased and oiled it and it looks and runs fantastic, like new, except for this issue. After 40 years of working on large scale trains, there isn’t much I can’t fix but this problem is the worst I’ve ever encountered and I need some good advice on repairing this issue. I need to somehow get the cow catcher up off the track enough to operate the locomotive. I don’t know what they used to glue the cow catcher on but it won’t budge, even under serious pressure. I think it would break the frame before detaching from it, if to much pressure was applied to remove it. It is perfectly level with the frame though because I checked that thoroughly, so it is not mounted downwards or improperly. As seen in the photos, they must have known there was a problem because they tried pulling the frame and cow catcher up at the front but it didn’t stay of course. There are no spacers, washers, etc. under anything and I tried that idea also, but no luck. I also tried to warm it up but the plastic is too thick and maintains its shape, even without any other parts on it, including the cab.

We really are in need a solution because these units are few and far between because only 500 were made, as I heard it. The kids we have served for 34 years love these Disneyland engines and since a very huge number of these are in boxes in collections where no one can enjoy them, we saved personal funds and donations for 3 years to purchase this locomotive so kids and the public could enjoy this work of art from Hartland Locomotive Works and Disney. I don’t know much more history than you do or what happened but I thought someone on this forum is expert enough to know what to do, especially since Hartland is no longer around. We don’t want to return it for obvious reasons and I know there has to be a remedy somewhere. Also, one other thing, does anyone know a better way to fix stripped plastic screw posts? glue, wood,…any ideas would help on that. I guess I’ve been lucky in not having that problem over the years, so I’m not sure what the best fix is for that also.

Really appreciate all your help in the past and I know this will be the toughest problem of all to fix but maybe there is a trick solution somewhere. Hopefully the photos really help show what is going on with it.

Thanks to everyone! I will happily respond to replies after 3 p.m. daily and until late, mountain time due to excessively reduced cellular reception in the areas I frequent earlier in the day unless, I get into a better spot. 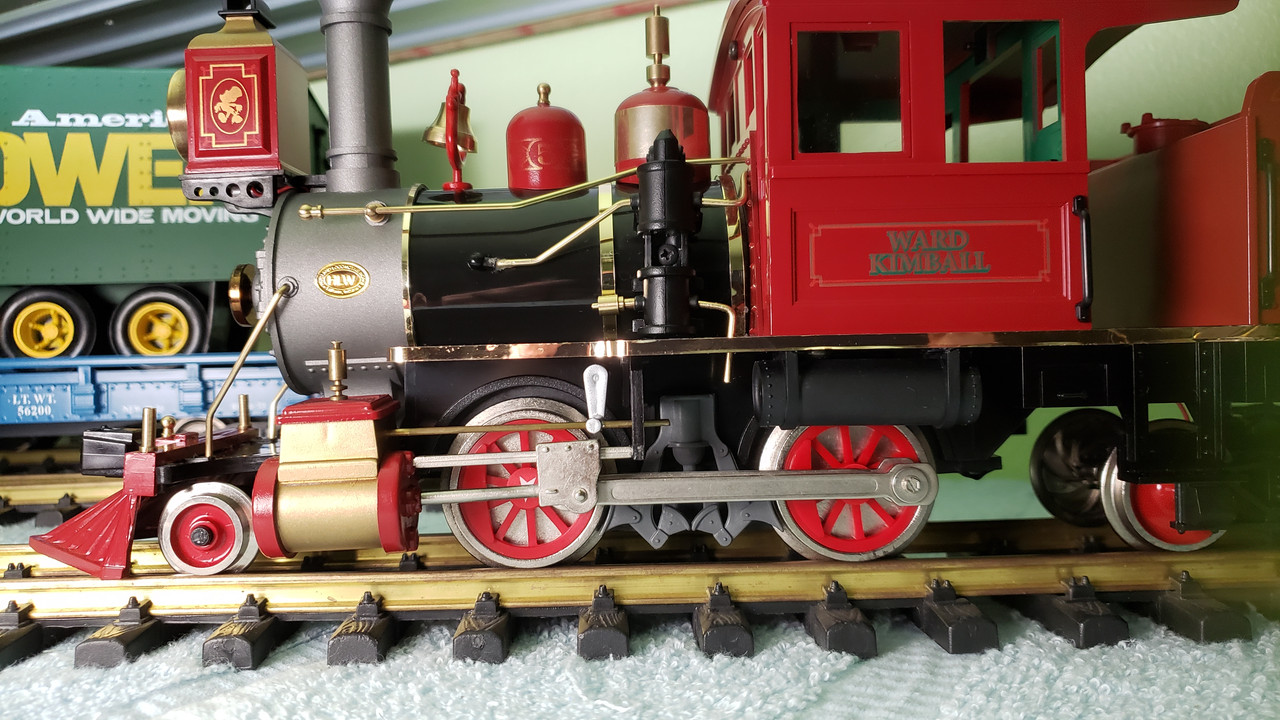 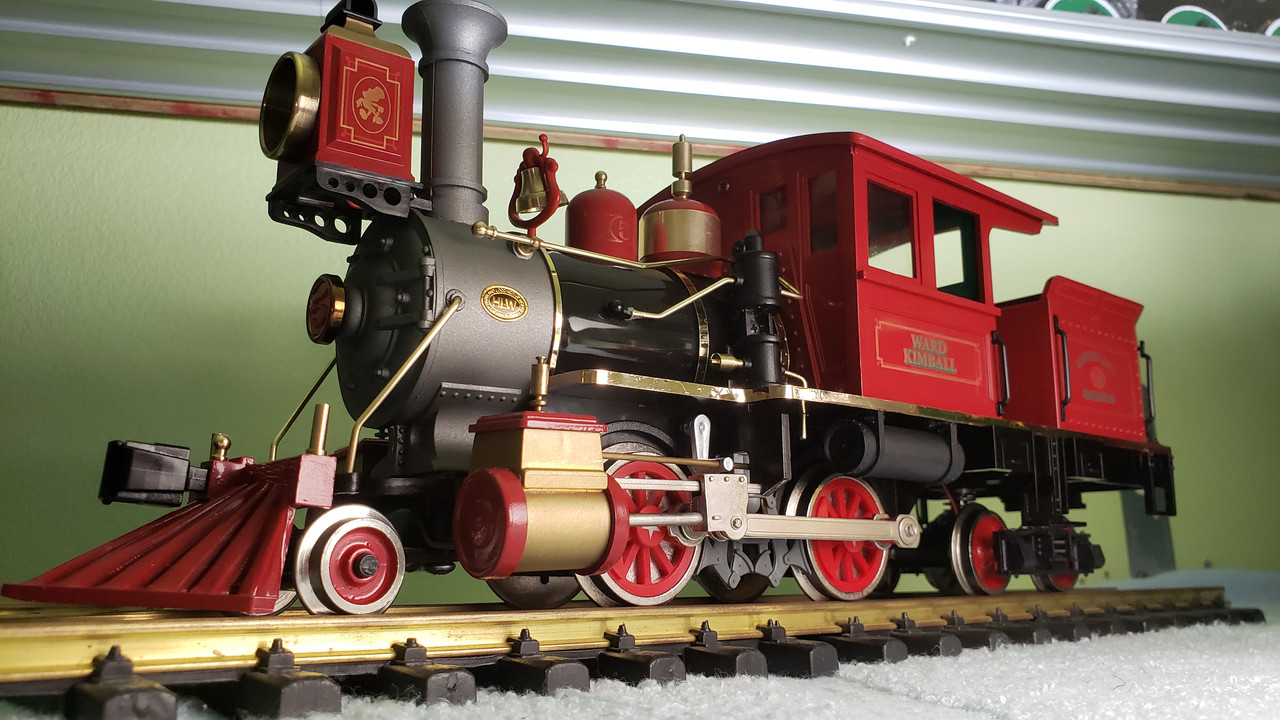 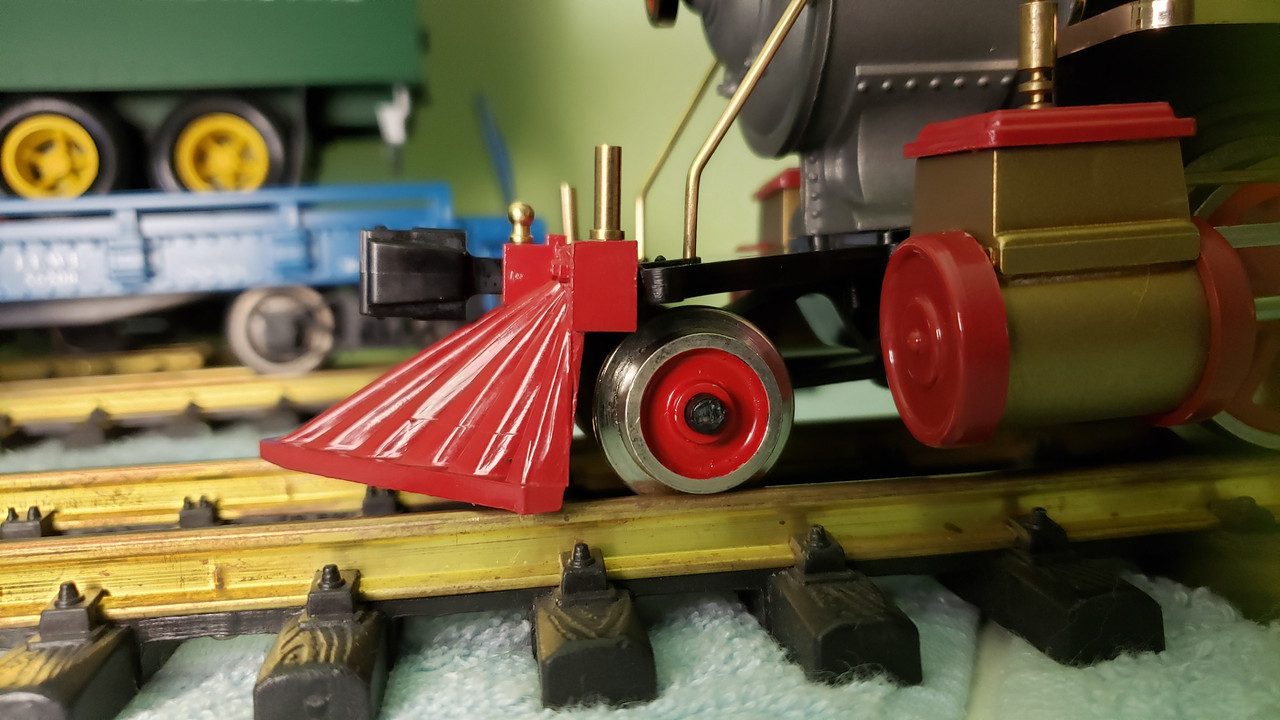 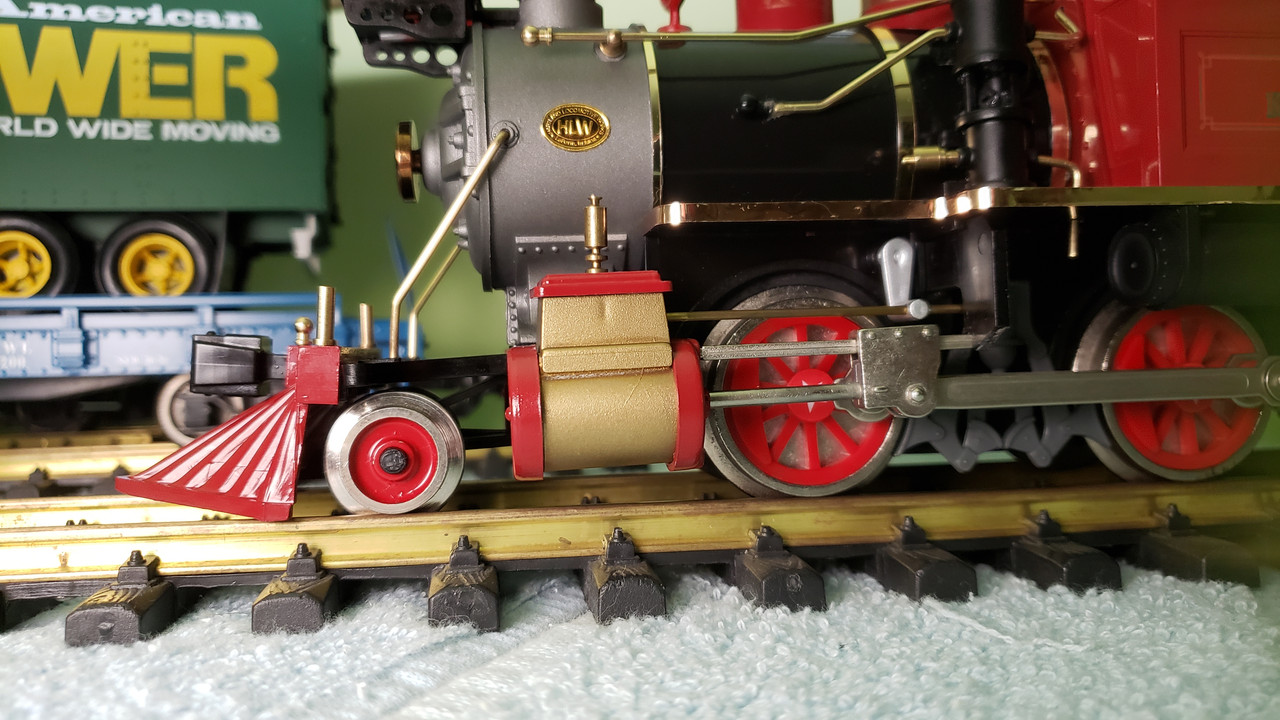 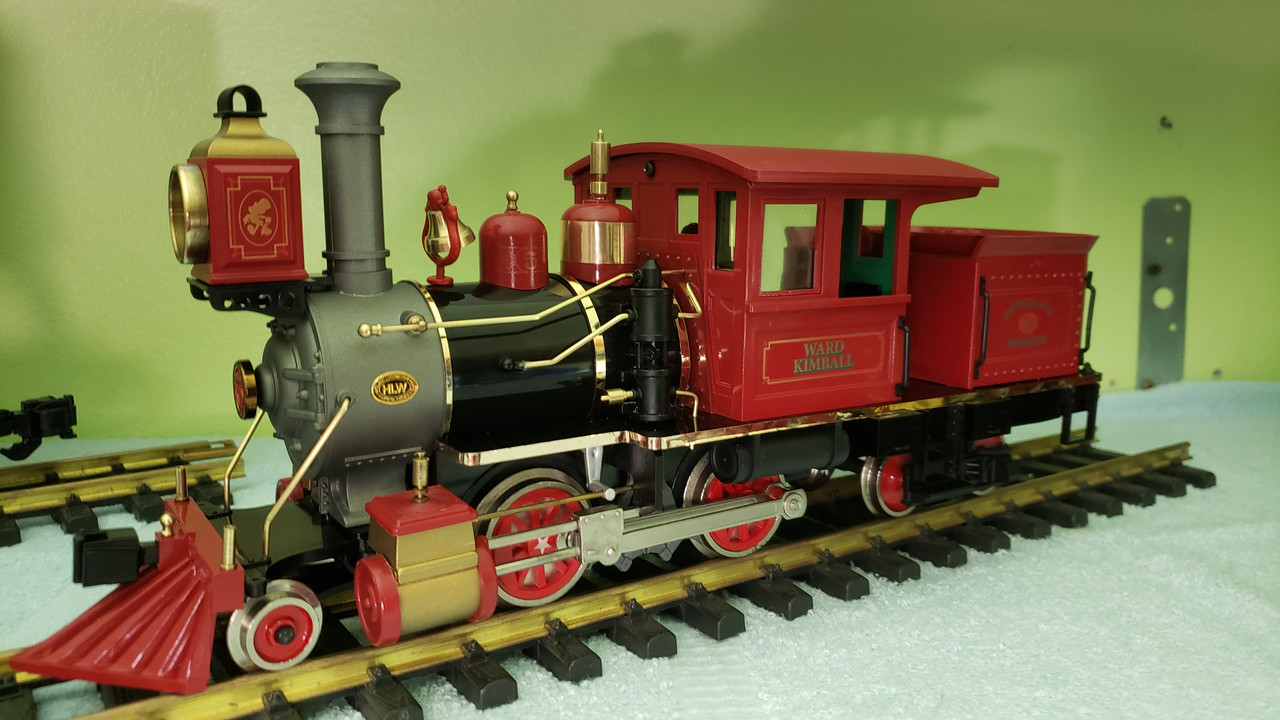 Railroadinovations (Ken Mathews/Imagination Station Kids On Track ) September 3, 2021, 11:52pm #2
Hi folks,
I just wanted you to know,  I solved the Hartland Ward Kimball warped frame issue and want to thank you guys for your help. Actually, the frame wasn't warped. Apparently the front truck/boiler mounting screw was too tight. How is this possible? They didn't design a washer or spacer between the bottom boiler mount and the frame which left space between the two and when you tighten the screw firmly, it forces the two parts together therefore putting pressure on the underside of the frame and forcing the plastic near the screw hole inward toward that space. This causes up or down angles on the front frame piece depending on how tight the screw is. So if you have any other Hartland Locomotives with cow catchers dragging the track, simply loosen the main screw under the front pilot until it levels off. These are things manufacturers either don't look for or maybe don't know about. I couldn't believe it was that simple.
Once again, thank you to those who contacted me with this solution.
Imagination Station Kids On Track
Eric_Mueller (Eric Mueller) September 5, 2021, 7:15am #3

So simple! And yet, so frustrating! Glad you got her to work!